The host country, Russia, was the winning nation of the 15th edition the year before, which gave them automatic hosting responsibilities for this edition, as well as automatically qualifying them to the Grand Final. The other countries were obliged to compete in three semi-finals, with each being distributed randomly through a random draw. During the semi-finals, 36 citizens participated in a fight to the death until only between 11 and 12 citizens remained, with the remaining qualifying for the Grand Final in which another fight to the death would take place, this time until only one remained.

In contrast with the organization of the previous Eurovision, Russia aimed to make the Eurovision bigger than every before. The 2031 contest marked the first time a country used more than one Arena; Russia used one for each Eurovision event. They aimed to showcase Russia's diverse terrain and cultures, with having their Arena's start from the west before ending in the Grand Final in the most iconic Russian place of all: Red Square, Moscow, where the Cornucopia was placed. They also embarked on a massive marketing campaign which saw increased interested in markets such as South America and Sub-Saharan Africa, which typically didn't care for the Eurovision. A result of the massive marketing campaign saw ratings spike to figures never seen; a record 5.1 billion people watched the first day of the first Semi-Final, 3.7 billion tuned in for the start of the Grand Final, while by the time the final two remained in the Grand Final, an estimated 80% of the population on the planet were watching to see Ella Goddard's surprise win.

The winner of this edition of the Eurovision Battle Royale was Ella Goddard of England. In the final moments, while trying to climb Saint Basil's Cathedral to escape Natasha who would have surely killed her, she slipped and fell down onto Natasha, who was climbing to get her below. The fall only broke Ella's arm, but killed Natasha who consequently finished in second place. Darina Novaković of Montenegro, Luca Baptista of Portugal, and Paige Williamson of Wales completed the Top 5. The host country, Russia, had it's citizens finish in 6th and 7th place, which combined adds to the best overall placing a host country has ever had.

It was revealed on 18 August 2030 that there would be 4 total Arena's for the 16th Battle Royale. This marked the first time that more than one Arena was used for the event. The decision to do this was approved with great enthusiasm from the EOs, who agreed that it would be such a waste for a country as big and diverse as Russia to have to pick just one iconic venue to act as the Arena. The Arenas were placed in each corner of Russia, starting from the far-east, and ending in the west. The first semi-final took place in Klyuchevskaya Sopka volcano located on Russia's Pacific coast Kamchatka peninsula. From there, the second semi-final took place on the fringes of the Gobi desert in the Ubsunur Hollow, located directly above the Mongolian border. The third semi-final took place in the infamous and supernatural Dyatlov Pass in the middle of Siberia, where 80 years ago mysterious events killed nine hikers. Lastly, having showcased volcano, desert, and mountains, the only nature setting left iconic to Russia was city. The Grand Final took place, somewhat expectedly, in Moscow, with the Cornucopia being right in the center of Red Square. 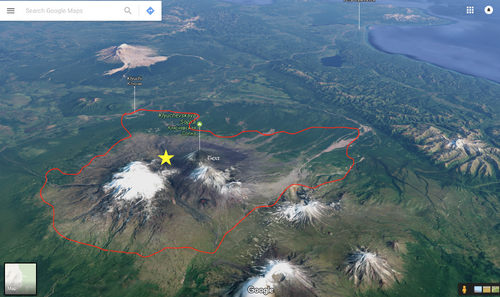 View of the volcana facing East.

Another view of the volcano from inside the Arena. 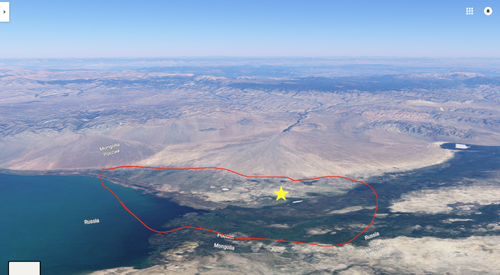 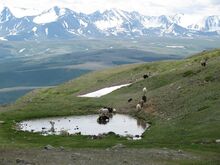 Muttation goats near a small pond on the Russian side.

Overview of the type of flat-steppe the Citizens battled in. 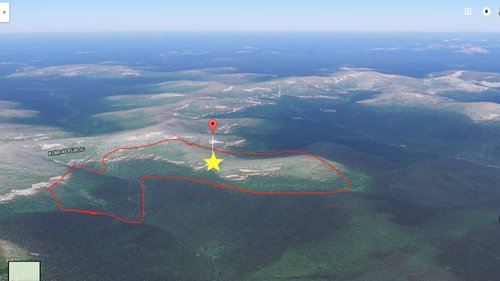 Dyatlov during springtime; during the EBR, this was completely frozen.

View of the Dyatlov Mountain from the base. 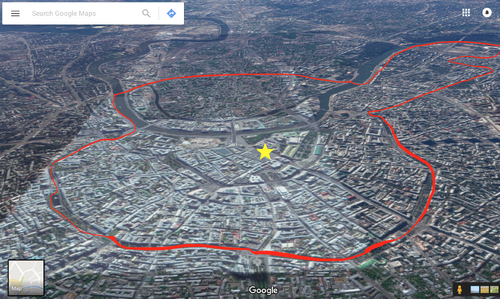 View of Saint Basil's Cathedral, in front of which the Cornucopia was placed.

Iconic Red Square, with the Kremlin in the foreground and Saint Basil's Cathedral in the background.

A wider view of the city of Moscow.

These parties aren't obligatory however, and some alternatives to this include immediately moving into the Citizen's Village (usually a high-tec tower or complex located in or near the city center of the most populous city in the host country). In any case, citizens are obliged to move into the Citizen's Village before the 30 of April, 2031. This is because each citizen needs time to get their fitness up and competitive to put on an entertaining TV show, as well as acclimate to the host country. The EOs provide each country and citizen with their own team of trainers, cooks, stylists, and other specialists free of charge to ensure that each citizen can become fit and competitive enough so the Battle Royale will be as entertaining as ever. For the month that the citizens live there, they are encouraged to learn survival techniques and work out so their chances of survival in the harsh Arena increases.

The first semi-final took place between May 29th and June 3rd.

The second semi-final took place between May 30th and.

The third semi-final took place between May 31st and June 4th.

Welcome to the start of the Eurovision Battle Royale 2031. We are coming to you live from Moscow, Russia, which is the location of this year's Arena. In just under 5 minutes, the thirty-four finalists who battled their way through the semi-finals will join the host country's own two automatic qualifiers in the Arena, where they will commence a fight-to-the-death in which only one person will be left standing. That person will forever be honored as a hero in their country and have their name etched in the history books as a Eurovision Battle Royale champion. We can only imagine how nervous the competing citizens must be.

It looks like the citizens are being raised onto their pods. With all the pomp and months of preparations over with, we can finally say with delight: let the 16th Eurovision Battle Royale begin!