The host country, Belgium, was the winning nation of the 13th edition the year before, which gave them automatic hosting responsibilities for this edition, as well as automatically qualifying them to the Grand Final. The other countries were obliged to compete in three semi-finals, with each being distributed randomly through a random draw. During the semi-finals, 36 citizens participated in a fight to the death until only between 11 and 12 citizens remained, with the remaining qualifying for the Grand Final in which another fight to the death would take place, this time until only one remained.

The winner of this edition of the Eurovision Battle Royale was Jacqueline Poissonnier of Monaco. She bludgeoned Sanja Prgomet of Croatia to death with a baseball bat, causing her to finish as the runner-up. Ivo Azevedo of Portugal, former favorite-to-win Amber Primeau of Luxembourg, and the host nation's female citizen Teresa Roijakkers completed the Top 5 in that order. The host country's other citizen, Arjen Luttikhuis, was killed by the Dutch citizen Marijke, which caused anti-Dutch riots through Flanders and a brief political firestorm between the neighboring countries, all due to the brutal way in which Marijke killed a citizen from a country who is supposed to be an ally. 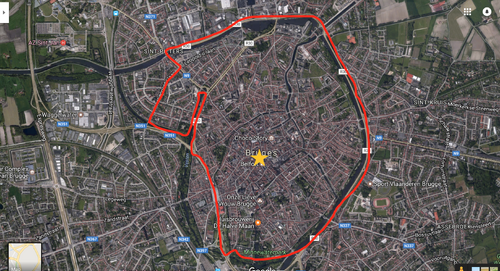 View from one of the canals.

The city centre, where the cornucopia was placed.

Another portion of the canal, which acted as the Arena border in most places.

Bruges from the air, showing the entire Arena of the 2029 Battle Royale.

Street-level view of the streets and a canal.

The first semi-final took place between June 14 and June 19.

The second semi-final took place between June 15 and June 19.

The third semi-final took place between June 16 and June 22. 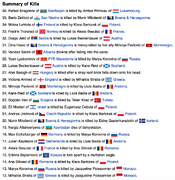 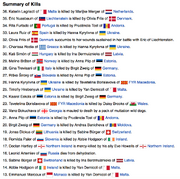 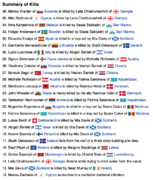 Welcome to the start of the Eurovision Battle Royale 2029. In just under 5 minutes, thirty-six of Europe's finest, most brave citizens will be raised onto their pods going into the Arena, and in what will likely be two weeks, only one will emerge as the sole victor and Champion of Europe. We can only imagine how nervous and anxious the fans from the finalist nations must be, and how even more nervous their citizens must be!