The host country, Malta, was the winning nation of the 12th edition the year before, which gave them automatic hosting responsibilities for this edition, as well as automatically qualifying them to the Grand Final. The other countries were obliged to compete in three semi-finals, with each being distributed randomly through a random draw. During the semi-finals, 36 citizens participated in a fight to the death until only between 11 and 12 citizens remained, with the remaining qualifying for the Grand Final in which another fight to the death would take place, this time until only one remained.

The winner of this edition of the Eurovision Battle Royale was Charles van Eijl of Belgium. He defeated dark horse Rory Dyason of Northern Ireland, who finished as the runner-up. Malta's very own Jackson Padovani finished 3rd with no kills while Norway and Ireland completed the Top 5. The host country's other citizen, Leah Ondini finished in 17th place.

This edition was notable for having the shortest-lasting Grand Final, which lasted only 9 days, as well as having the smallest Arena.

The Arena for this edition was decided on the 15th of November, 2027. 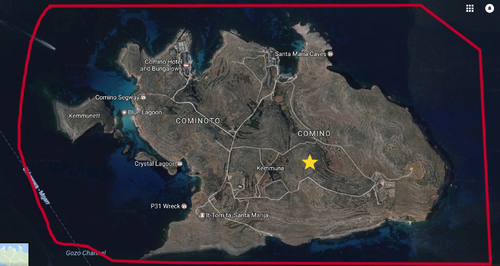 Sunset over the Blue Lagoon.

Overhead view of the entire Arena, criticized by some for being too small.

These parties aren't obligatory however, and some alternatives to this include immediately moving into the Citizen's Village (usually a high-tec tower or complex located in or near the city center of the most populous city in the host country). In any case, citizens are obliged to move into the Citizen's Village before the 1 of May, 2028. This is because each citizen needs time to get their fitness up and competitive to put on an entertaining TV show, as well as acclimate to the host country. The EOs provide each country and citizen with their own team of trainers, cooks, stylists, and other specialists free of charge to ensure that each citizen can become fit and competitive enough so the Battle Royale will be as entertaining as ever. For the month that the citizens live there, they are encouraged to learn survival techniques and work out so their chances of survival in the harsh Arena increases.

The first semi-final took place between May 31st and June 4th. 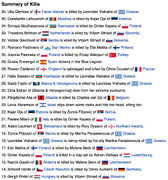 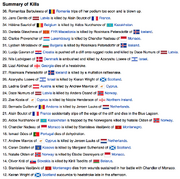 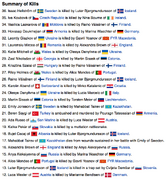 Welcome to the start of the Eurovision Battle Royale 2028. In just under 5 minutes, thirty-six of Europe's finest and bravest citizens will be raised onto their pods going into the Arena. We are expecting this year's Grand Final to be the fastest one yet, as it takes place on a tiny island, so be prepared to see plenty of action in only a few moments of time! In the end, only one will emerge as the sole victor and Champion of Europe. We can only imagine how nervous and anxious the fans from the finalist nations must be, and how even more nervous their citizens must be!