The host country, Ukraine, was the winning nation of the 2026 edition the year before, which gave them automatic hosting responsibilities for this edition, as well as automatically qualifying them to the Grand Final. The other countries were obliged to compete in three semi-finals, with each being distributed randomly through a random draw. During the semi-finals, 36 citizens participated in a fight to the death until only between 11 and 12 citizens remained, with the remaining qualifying for the Grand Final in which another fight to the death would take place, this time until only one remained.

The winner of this edition of the Eurovision Battle Royale was Giovanni Maempel of Malta. With a broken knee-cap, he managed to cut off the left fingers of Philippe Duchemin of Monaco and strangle him to death to become the winner, causing Monaco to finish as the runner-up for the second year in a row. Romania, Iceland, and Northern Ireland completed the Top 5. The host country, Ukraine, had less success, finishing 17th and 31st.

The Arena for this edition was decided and revealed on 10 October, 2026. Inside, the EOs placed many hazards such as muttation bears, wolves, and wild boars, as well as the countless amounts of random radiation clouds from the Red Forest and the actual Nuclear Reactor. The rivers were made drinkable, but sometimes randomly became radiated. 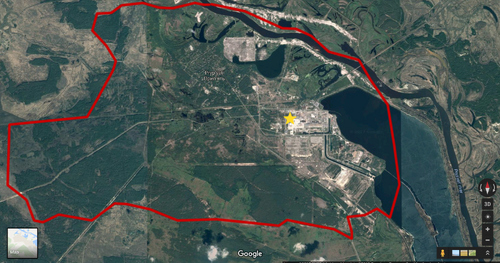 View of the nuclear reactor.

View of Pripyat', the city nearest to the reactor.

The eery and abandoned ferris-wheel and amusement park in Pripyat'

The Red Forest, a contaminated area that the Earth has retaken.

Farmland surrounding the rural area of the Arena. 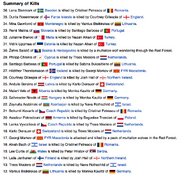 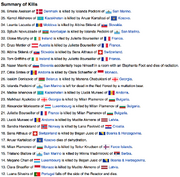 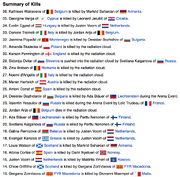 Welcome to the start of the Eurovision Battle Royale 2027. In just under 5 minutes, thirty-six of Europe's finest, most brave citizens will be raised onto their pods going into the Arena, and in what will likely be two weeks, only one will emerge as the sole victor and Champion of Europe. We can only imagine how nervous and anxious the fans from the finalist nations must be, and how even more nervous their citizens must be!